This weekend we looked at the Keystone Fuzion 403 toy hauler.  It’s a 43 foot 5th wheel that looks cool and checks off many of our wish list items for our road schooling adventure. 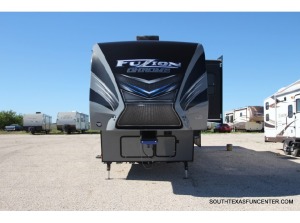 Initially we were focused on bunkhouse 5th wheels but lately we’ve started to appreciate the toy haulers for their versatility.  Instead of using the garage for hauling motorcycles or four wheelers, it would be used for road schooling.  There enough space in the garage for a tall dresser and a toy chest for the kids which should provide similar storage as other bunkhouses. 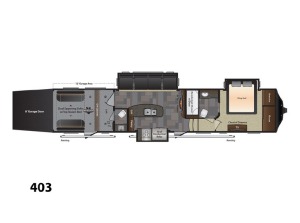 The biggest selling feature was the sound proofing between the garage and the rest of the coach.  Our three kids were in the garage horsing around while we were all in the living room and we we could barely hear them.  This is a big plus since I’ll be working from either the master bedroom or living room while the kids will be road schooling in the garage. 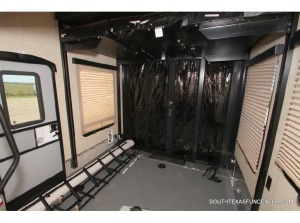 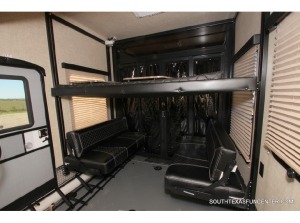 Another nice feature is that the lower bed in the garage converts into booth that can seat 6 people for meals or games.  We struggled to find anything similar in the bunkhouse 5th wheels. 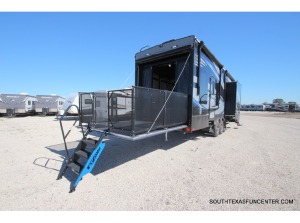 Then there’s the deck off the back that has a nice railing to allow Coco (our dog) or Mackenzie (2 yr old) to get some fresh air but not wander off.

As an added bonus, the ramp will allow Gloria to roll in and see the home in her wheel chair.